By Clinton News Feb 18, 2020 No Comments on Parkdale Witnesses Demolition Of King And Dufferin McDonald’s

King and Dufferin McDonald’s, situated at the iconic spot, Parkdale, is being shut down. The citizens of Toronto are bidding their goodbyes to a spot many held close to their hearts. It is the second infamous location that is being converted to condominium development in the city this year.

There are mixed opinions from people. Some are happy about it, while many others say that they are going to miss the place.

The customers who enjoyed this King and Dufferin McDonald’s are sharing their emotions and mourning on various social media platforms. As per Urban Toronto, Pinedale Properties and Lifetime Developments started their construction activity on Tuesday February 4th, 2020.

XO Condos are going to replace this fast food joint. This condo complex’s submission was made in the year 2017. It will bring the two high-towering residential developments to the region. 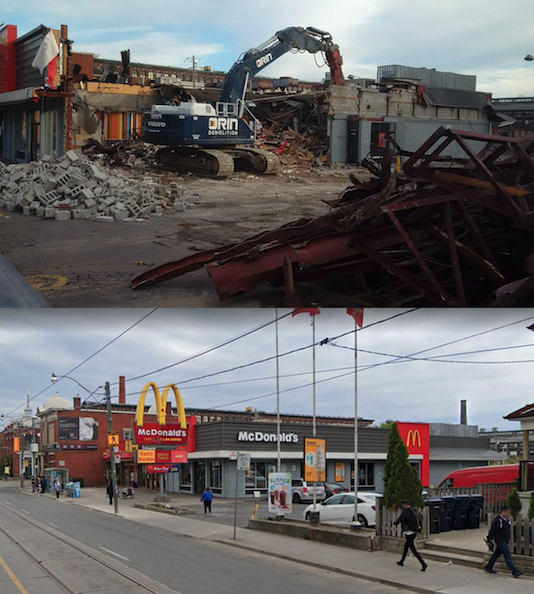 Several social media posts were shared by Torontonians this week to show their feelings of mourning.

Some say that King and Dufferin McDonald’s was a haven for them as it was the place where residents could find a snack during late nights.

In fact, two Reddit threads were recently created in memory of the Parkdale hangout spot. Youth say that it was their spot after partying and drinking late at night.

“King and Dufferin McDonald’s was a McDonald’s for the everyday man of Toronto,” one of the residents of the area commented on social media. While some people enjoyed grabbing a snack at night, there were quite a few early morning visitors too.

Torontonians are saying that it was a crucial part of their childhood. Many people of the city took to social media platforms like Instagram and Twitter to pay their respects to this King and Dufferin McDonald’s.

Despite all the mourning from many citizens, there are ample people who are elated with this activity. They say that it could be great to get rid of the dust and see the area urbanize a little more.

There were a few negative comments as well about this fast-food spot. One resident mentioned that it was one of the slowest services that he had seen in the city. 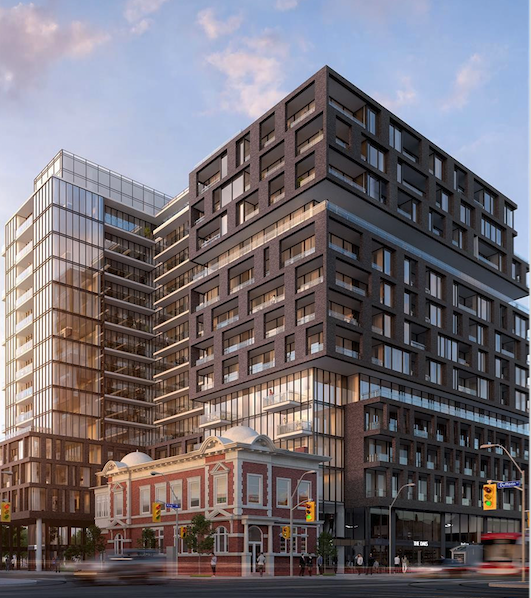 Growth of Toronto at an excellent pace

Toronto is growing at a great pace when it comes to real estate. There are always going to be mixed views about the development of different projects.

The demolition of King and Dufferin McDonald’s is also another step towards urbanization in the area.

There have been other such instances in the past too. Last year, it was the Ottawa McDonald’s that had evoked similar feelings and outbursts amongst people.

Many people are anticipating a great development in the area due to this condominium project coming up and are supportive of it. Visit us again for more exciting stories like this.